At some point you must have seen legendary kung fu masters, pandas or otherwise, flashing fists of fury as they swoosh through the air, performing spectacular techniques with nature-themed names (“the butterfly,” “the lotus kick,” “the tornado”). But did you know that these movements are also found in classical Chinese dance?

At first glance, classical Chinese dance and martial arts (kung fu or wushu, in Chinese) share some similarities. They have overlapping stances and postures, and their techniques require flexibility, coordination, and agility. You also might see traditional weapons—sticks, spears, swords and the like—used in both martial arts and Chinese dance. Why? Because these two art forms are rooted in the same ancient culture.

When wushu first appeared in China thousands of years ago, its flips and techniques greatly influenced other art forms, including Chinese opera and dance. These art forms took movements originally intended for battle and transformed them into a means of entertainment for various celebrations—from casual festivities to imperial banquets. Over time, martial arts and classical Chinese dance grew into the comprehensive and separate art forms we know today.

But although these are distinct art forms, classical Chinese dance and martial arts can sometimes pass as look-alikes. Then, how can you tell these ancient brothers apart?

Here are a few ways.

Clue #1: The Motive Behind the Movement

When trying to differentiate between Chinese dance and martial arts, the first question you should ask is, what’s the motive behind the movement?

Traditional forms of martial arts are designed solely for combat and warfare. Every movement serves to either attack or block an attack. If you don’t act fast, you’ll be beaten. That’s why traditional martial artists moves don't add superfluous sprinkles—they only throw in moves that guarantee survival.

Designed to be performed, classical Chinese dance comes with extra bells and whistles. Movement isn’t a matter of life and death, but a means of expression. With its rich vocabulary, classical Chinese dance can spell out any emotion through body language (a universal language). Occasionally, you’ll come across some dance styles that literally pack a punch, but that’s only for the sake of thematic depiction. 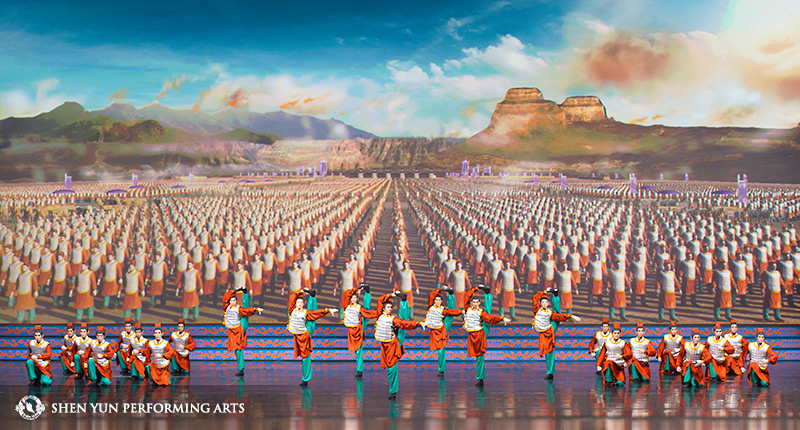 Clue #2: The Need for Speed

Unlike ancient China, today most kung fu artists don’t use their skills for actual fighting. Rather, they demonstrate preset routines at various events, including onstage performances—just like dance. This adds to the difficulty of distinguishing between the venerable siblings.

But here’s another tip: Look at how fast the artist is moving. In most martial arts, the faster you go the better (tai chi is one exception). While they definitely have a certain flow and rhythm, kung fu moves generally require explosiveness and agility, performed at Bruce Lee-like lightening speed.

But in classical Chinese dance, you need to show the aesthetic process of each movement. If you move too fast the audience won’t be able enjoy the details of your performance. Sometimes, to express an emotion, what’s needed is a long, slowly drawn out move that ends in a near pause mid-air before continuing in the opposite direction. These moves, though subtle, seem to almost burst with restraint.

Another clear distinction is movement length. From their stances to their kicks and aerial techniques, martial arts moves tend to be shorter and more compact (again, for the sake of practicality as long movements leave you open to attack and injury). Classical Chinese dance movements, on the other hand, are always more open and elongated.

So if you perform martial arts, try slowing down and stretching out your movements, and it’ll look almost as if you’re dancing. And for you dancers out there, put those dance moves on a forceful fast-forward, and maybe you’ll become a kung fu master, too.

From 5,000 years ago all the way to today, the two brothers grew up with almost the same name. That’s because the Chinese characters for dance (舞) and martial arts (武) are both pronounced wǔ. The differences in how the characters are written spell out the differences in their personalities.

You see, when you take apart the wu (武) in martial arts, the right side resembles the character “戈,” which represents a weapon, while the left is component - “止” - means to stop. So the true definition of the martial arts wu is to stop warfare while fighting for harmony and peace.

On the other hand, the wu (舞) in dance started from a pictogram of a person with arms that, over time, evolved to have legs as well. There’s a fun ancient Chinese verse: shǒu zhī wǔ zhī zú zhī dǎo zhī (“手之舞之足之蹈之”). Literally, it translates as “dancing with your arms and legs,” but what it’s really saying is that when something can’t be expressed through poetry or song, why not dance it out?

And with classical Chinese dance, you can portray almost anything, whether it be happiness, beauty, compassion, or peace—the same peace that martial arts are ultimately for.

Dancing In The Rain

Melodies of the Inner World